Finding empathy for the birthmothers in our lives can be a real challenge sometimes. Like when I accidentally discovered via the internet that our daughter’s birthmother was engaged in heart-breaking activities.

I went through the stages of grief pretty quickly. Shock and denial first. Then when reality set in, I cried for hours. Where I got stuck was anger, when I began to imagine how this might hurt my daughter. The idea that her birthmother’s sin might burden her own self-esteem or self-worth was heart-wrenching for me.

Of course I sought healing through conversations with others. Family members who loved my daughter as I did, as well as friends in adoption who understand the dynamics of the triad. Because I respect our birthmother’s privacy, I only sought advice from people I trusted to keep the information to themselves. The dichotomy of advice I received was a lesson in itself.

Some of my “counselors” wanted me to not allow her to see our daughter. They said not doing so would be like rewarding her bad choices. Once she had corrected her behavior, we could allow contact again.

Others saw an opening to show the gospel of grace to her in hopes of healing her. Giving her a window into a functional family and Christ-like love would hopefully lead to change. Knowing her history as I did, that she was used to being rejected and ostracized by those claiming to love her (even Christians), meant she had rarely been shown grace in her life. Her childhood was full of lies. She had never been taught how to live otherwise.

Grace and honesty have a powerful impact, especially when you’re not used to them. As I firmly believe I don’t deserve the grace shown me by Christ’s sacrifice on the cross, how could I claim SHE doesn’t deserve MY grace? I sympathized with her life-long fear of rejection, and chose empathy over anger. Then I chose grace over righteous anger. 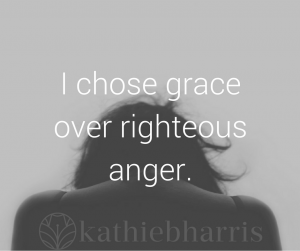 I gave myself some time, months, to process everything and pray. The Holy Spirit inspired the words I used when I finally confronted her in a phone call. We were planning a visit soon, and I wanted to get everything out in the open before I welcomed her into our home for several days.

She was, of course, devastated that we had learned her secret. But more so, she was shocked at our response. She said she’d never been treated like that before. I could tell the grace we showed her meant a great deal. We discussed some other issues and she made some healthy choices in regards to our daughter. She has always impressed me with her ability to make good decisions for her, if not herself. Nothing is completely resolved, but we’re continuing to work through things with honesty and grace (at least from this end of the triad).

To show her grace when she has seen so little in her life, especially from the people who claimed to love her, was a tremendous example of what Christ has done for all of us who deserve nothing short of an eternity in hell.

But I had to find empathy for her first.

I come from a childhood culture of judging others before judging myself. It’s not uncommon, especially in this age where personal responsibility is lacking. Learning to seek holiness for ourselves before we expect it from others should be common in our Christian walk. Seeing our own sins helps us find empathy for others, even when their sins look different from our own.

When we choose empathy over anger, even righteous anger, we are more likely to share grace and foster change in the lives of those around us. We are more likely to be Christ to others, and that is far more powerful than anger. Anger hurts. Grace heals! 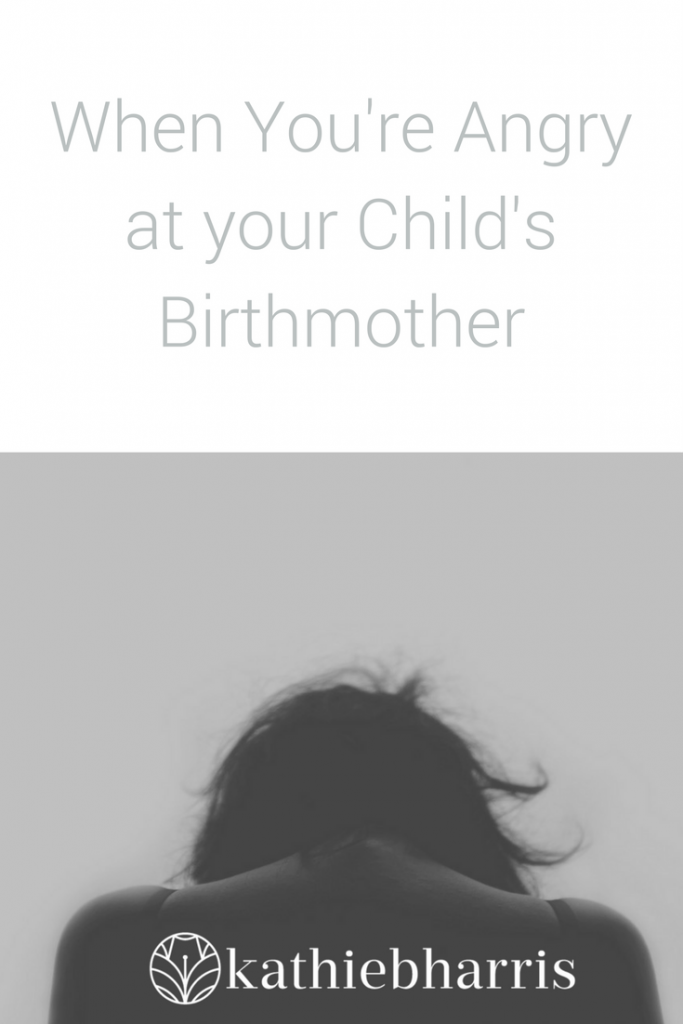 « How Jesus Defined Empathy
I Could Be Jordan Edwards »

Receive your free copy of "Questions To Answer If You’re Considering Adoption" when you subscribe to receive post updates.