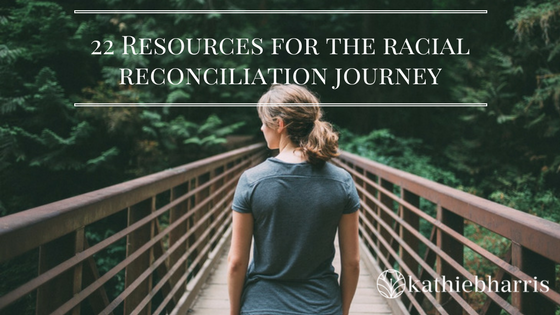 What is your racial identity? If you’re white, you likely have no clue what that really means. Join the club. Here are 22 resources to help you on the racial reconciliation journey.

In the world of racial reconciliation, most scholars believe there are stages to a person’s experience with the concept of race, reconciliation and justice. Just like any emotional and mental process, where you are at any given time is fluid. You might move forward just to slide back. One stage might take a week to get through, another decades.

These stages look a little different depending on your cultural heritage and identity. The resources I’m offering today are geared more towards white Americans becoming racially aware. However, people of color will recognize some of these stages, too.

No matter where you are on the journey, these resources can help you continue with moving forward, toward the racial unity God calls us to.

The Stages of White Racial Identity

Here is a brief look at the stages of white racial identity from the Janet Helms’ model:

Contact – A person is unaware that being white is a culture unto itself, believes that being colorblind is the only way to not be racist, and racism doesn’t really exist anymore.

Disintegration – A growing awareness of racism and one’s own race, which then leads to more interaction with people of color as well as feelings of anger, shame and guilt.

Reintegration – Some people experience this stage, where they become overwhelmed with the feelings brought on by disintegration. This results in a retreat into their previous viewpoints, showing resentment and even anger towards people of color. Sometimes the journey to racial awareness ends here, which is unfortunate because unity can never happen from this mindset.

Pseudo-independence – In this stage, a person begins to reach out and diversify their relationships and community, educate themselves on social injustice and research their own racial identity.

Immersion/Emersion – this stage is all about education and learning how to be a white ally to seek justice for others.

Autonomy – this stage is when the results of all the education turn into action.

Personally, I recognize some of these stages. I became aware of my white culture in college, though I have more work to do on fully understanding that. Disintegration began for me in college as well, but laid dormant for a long time as I focused on raising my children.

I sometimes fall into the reintegration category when I feel especially tired of fighting racism. I don’t feel angry or resentful, but I do seek solace in the white community I’m so comfortable in, where I can almost pretend racism isn’t a thing. Except, of course, once you become aware, you really can’ forget. The longest I’ve stayed in that phase was about four days. This is where my bridge-building group becomes my biggest joy. Getting to talk to people who understand my exhaustion and frustration is so encouraging and renews my strength.

These days I’m straddling the Pseudo-independence and Immersion stage. Some aspects of racial reconciliation I have a near complete understanding of, and a lot of self-awareness. Other aspects, I find myself feeling convicted of my own ignorance; I’m still a baby learner.

As white people, becoming racially aware needs to also mean we become self-aware. We are the dominant culture in this country, and we don’t recognize it because it’s the “norm” in America. Even the education we received as children is designed to make us feel normal and dominant. Acknowledging our extensive gap in this knowledge is a first step in racial reconciliation.

Efforts to diversify our community by making friends with people of color is a great way to open up your world and your understanding of it. However, we can’t ask these friends to educate us on issues like systemic racism or the school to prison pipeline. That’s what books, blogs like mine, and documentaries are for. No matter what stage you would classify yourself, this list of resources can help you educate yourself and internalize that understanding. 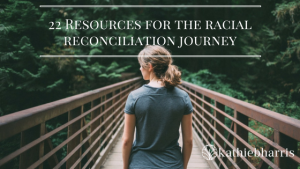 Television has a dearth of good shows and documentaries that can introduce you to voices and perspectives you’ve never considered before. Check out the documentary “13th”, which echoes the popular book “The New Jim Crow”: the mass incarceration of black men is a new form of slavery in this country. Also, “This Is Us” is doing a fantastic job of realistically portraying the intersection of white and black culture as it follows the story of a black character raised in a white family. “Underground,” “Black-ish” and “The People vs. OJ Simpson” are also discussed a lot in racial reconciliation groups. Not all are without controversy or universally agreed upon, but they can still be educational.

The list of books to read is long and growing. I’ll be updating my book list regularly, so you can always check back here for the latest recommendations. For some serious self-education on what it means to be white, understanding racism in America and understanding other cultural points of view, try these books:

“The History of White People”, by Nell Irvin Painter
“The Construction of Whiteness”, by Stephen Middleton
“Working Toward Whiteness: How America’s Immigrants Became White”, by David R. Roediger
“Race, Cross, and the Christian”, by John Piper
“Why are all the Black Kids Sitting Together in the Cafeteria?”, by Beverly Daniel Tatum
“Yellow: Race in America Beyond Black or White”, by Frank Wu
“Citizen: An American Lyric”, by Claudia Rankine
“An Indigenous People’s History of the United States”, by Roxanne Dunbar-Ortiz

There are some short and long reads on the web for educating yourself:

This is a fantastic article by a white clergy member who became an activist in his church. I found it very convicting and I think every white ally desiring activism needs to read it. Also, follow Christena’s blog for great blog posts on race in America.
7 Stages of White Identity

I still swear by my fantastic group Be The Bridge, a Christian-based group founded by the brave and amazing Latasha Morrison. You can search for a chapter in your area.

These two sites offer Implicit Association Tests that help you discover innate biases you have. We all have some. It’s important that as you take these tests you understand they’re not perfect. It’s also important that you’re honest with yourself when you see the results. We all like to believe we’re not racist, but we’ve all been inundated with entertainment and media biases against people of color our entire lives. Some of us may have grown up in racist communities, schools or homes. Much of our bias is implanted in us beyond our control. What we can control is whether we recognize it or not, and what we choose to do about it – change it or leave it.

When I took these tests, I was shocked at how biased it said I was. Granted, it’s not scientifically perfect, but I had to take a look at what it said about my implicit bias. My score said I had a strong/moderate affinity for white faces over black faces. There are many reasons this could true – I’m white and years of living in a mostly white culture have made me very comfortable around my own race. Also, I noticed the pictures they used resembled mug shots, and I’m definitely a victim of news bias – I associate black, unsmiling faces with mug shots and therefore criminals. But mostly it made me admit I grew up and have spent most of my adult life in white-dominant spaces and I have a lot of unpacking of those implicit biases to work on. That’s why I often tell people fighting your own racist tendencies is a forever project – you have a choice to make in every little event in your daily life that might trigger a bias against someone. I choose to examine every instance of negative thought or bias that pops into my head in a constant effort to change my thinking. It’s a long process, but after several years of this I have noticed positive changes.

Fun ways to add cultural diversity:
Broaden what you listen to! We’ve recently discovered The New Respects and Sho Baraka. The soundtrack of Moana has brought island music into our home (thanks, Disney). There are so many ways to add more cultural influence into your home. Food can be one, too!

Thank you for joining me on my journey to racial reconciliation and personal growth. I hope you’re growing with me. Let me know what you’re reading, watching, or eating! What steps are you taking to broaden your understanding of a community that doesn’t look like you?
Let’s show each other lots of grace and encourage each other, so we can foster the change we want to see in the world! 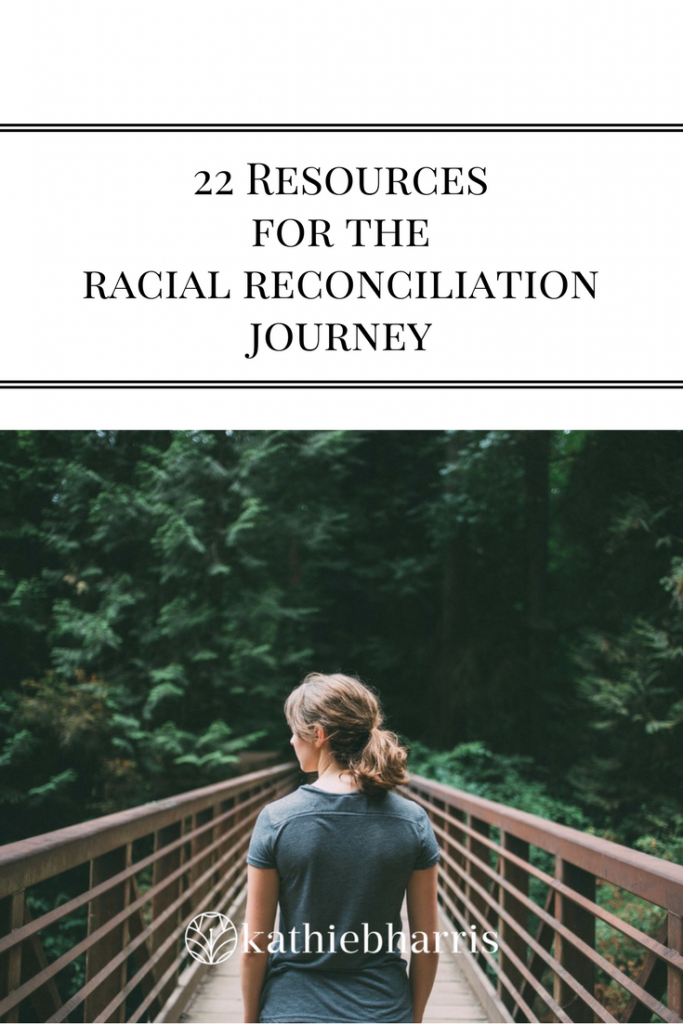