If you need more diversity in your friendships, start by looking at why you don’t already.

“And day by day, attending the temple together and breaking bread in their homes, they received their food with glad and generous hearts, praising God and having favor with all the people. And the Lord added to their number day by day those who were being saved.” (Acts 2:46-47 ESV)

Fellowship is as much a part of the Christian life as worship and prayer. God knew how much his creation needed companionship, and I’m so grateful He met this need for me. Friendship has always been important to me, especially as an Army spouse who lives far away from the traditional support system of family.

A few years ago, I became aware of a major lack of diversity within the group of people with whom I do life. Before I realized what was happening, I built myself a fortress. Where once there had been friends of different cultures and colors, I now had only friends who looked and thought like me.

I missed the richness of having friends of different cultures, and I also realized I couldn’t preach the blessings of diversity to my kids if I wasn’t practicing it myself.

Why Did I Have a Fortress?

Once I became aware of the lack of diversity in my friendships, I began to analyze why. I determined two causes, one beyond and one within my ability to control.

First, my pool of friends often came from my husband’s job and changes in his career had greatly decreased my options. For systemic reasons, there seemed to be fewer minorities in his new field, which limited the pool of potential pals.

Second, I had been hurt by a non-Christian friend, and I reacted by surrounding myself with only Christian friends as a protective maneuver. As time healed my wounds, I realized the folly of this choice. Christian friends can wound just as much as other friends, sometimes even more. But because my faith sisters surrounded me in my time of need, I began to cling to the idea that they would never hurt me.

However, my faith outlets, like church and Bible study, were not diverse, either. I attended majority white, evangelical churches, once again restricting my choices to just one culture: mine.

I found myself tucked safely behind walls, some of which I put up and some others built. It explained the lack of diversity in my friendships, and now I could go about changing that!

How to Analyze Your Fortress

I couldn’t control the lack of racial diversity in my husband’s field, but I could manage the cultural variety in my faith groups. I could also go out and make friends who weren’t Christians! This gave me the opportunity, as we are called to do, to share the gospel. (My fortress had led me to disobedience, and I hadn’t even realized it.)

I highly recommend analyzing the circumstances surrounding your friendships.

We all have biases, but some struggle more than others.

One trick I learned while pursuing transracial adoption was to gather some marbles and a cup. For every person in your life (parents, neighbors, mailman, teacher, co-worker, boss, pastor, etc.) you place a marble in the cup. A colored marble if they don’t look like you, a clear one of they do. The cup represents your life, and you can see first-hand if it’s full of color or pretty plain. 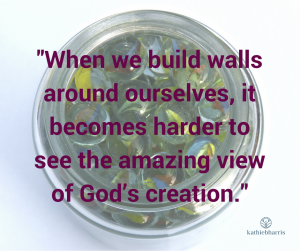 Tear Down the Fortress!

When we build walls around ourselves, it becomes harder to see the amazing view of God’s creation. Once we recognize we have them, we can slowly dismantle them and let in the gorgeous view! Diversity brings richness to life, a blessing from God for his beloved children.

Do you think you need more diversity in your friendships? Why or why not?

If you want some ideas for growing new friendships, don’t miss my three basic steps for making friends outside of your normal circles. 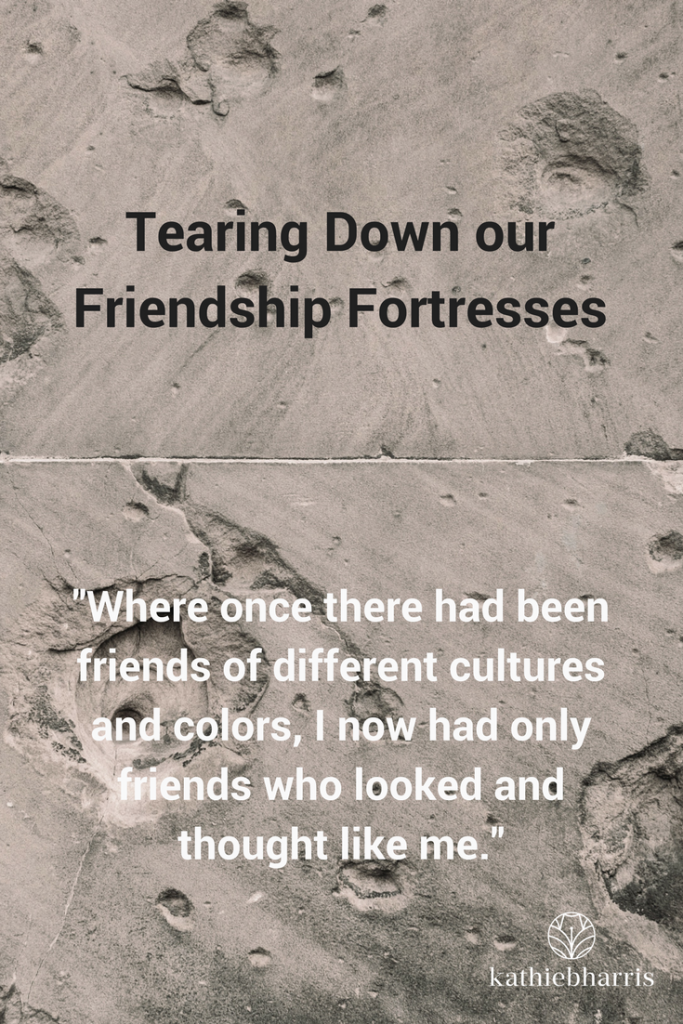 Sign up for the Book Club to Foster Change

As a child I had a passion for justice and a love for history that is still with me. And if there is one huge example of injustice in America's history, it is the story of the black experience. From slavery to civil rights, they have struggled. I've watched the injustice continue through my eyes and the eyes of the media. I believe we are capable, through the love of Christ, to heal the racial injustice in this country. But we have to listen first, to see both sides, to come out of our trenches and stop repeating what we think is true, and actually seek the truth. Door of Hope will take you on my journey of more than two decades to where I am now, and I hope you will join me as we seek to heal.

"... I will give her her vineyards and make the Valley of Trouble a door of hope."

Between the World and Me by Ta-Nehisi Coates Hillbilly Elegy by J.D. Vance

Receive your free copy of "How to Get Started on Your Journey" when you subscribe to receive post updates.