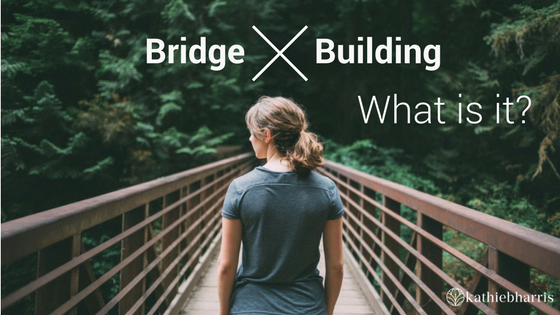 “I am in them and you are in me. May they experience such perfect unity that the world will know that you sent me and that you love them as much as you love me.” John 17:23

Bridge-building is humbling, educational, and exhausting. It’s not easy, and yet Jesus told us why unity in his church is so important in the verse above. If we can show the world how to live in harmony and peace, it will show them just how much God loves them. Success in bridge-building can only be because He healed the broken, brought justice, and lifted the oppressed. And we are called to be His hands and feet. We are all called to be humble and kind to our brothers and sisters.

I was raised in a conservative evangelical home. Reagan, Jesus and my Southern roots were the foundation of my political thinking. I was taught that my righteousness in Christ justified my judgement of others sin. Democrats were evil. The North was filled with cold-hearted liberals. You get the idea.

This same child was also passionate about fairness and justice. I gravitated toward heroes like Robert F. Kennedy, who fought against poverty, unfair labor wages and gangsters. And of course, my Jesus showed me what it was to truly love the underdog, the rejected, and the sinner.

I tell you these things so you understand just how entrenched I was in my own version of the truth. I have a feeling you have your own trench, too. I hope we all possess enough self-contemplation to humble ourselves and realize we are individuals. Our philosophical alignments don’t erase our individualism, because we are each uniquely designed in His image.

Here-in lies the first requirement of bridge-building: to recognize our trenches and be willing to step out of them to build a bridge with our fellow Christians, treating them as individuals, precious in His sight.

Leaving your trench doesn’t mean jumping into the other side’s trench. One of the loneliest aspects of bridge-building for me has been the feeling of being in between, the ping-pong net in the middle of a fierce battle.

“Winning” an argument is not the will of God. Loving each other is, and that takes incredible self-control and humility. Some, like myself, will have to work hard to let go of the idea of being right. I have seen the relief on the faces of people who feel loved and understood, because I took the time to hear them and empathize with them instead of argue my political stance. That has become far more fulfilling to me than winning.

The second aspect of bridge-building is being empathetic to the experiences that shaped another’s opinions. Just because you don’t agree with it doesn’t mean it’s not a valid opinion. And you just might learn a new truth you never previously considered.

Meeting in the middle

My pursuit of bridge-building has deepened my faith. Stepping out into the tension-filled spaces is terrifying. Leaning on my faith and seeing God’s guidance along this path has been a wonderful light in the darkness.

I’m not giving up my Christian values: His Word is the Truth.

But I am abandoning the idea that embattled trenches, arguments instead of discussions, and finger-pointing is the way to bring change in the world. Jesus met people where they were, and died for them while they were yet sinners. Who am I to refuse the work of the Holy Spirit and close my ears and my heart to my brothers and sisters?

Meeting in the middle doesn’t mean acceptance of every new belief we encounter. It’s what leaving the trenches looks like, meeting our fellow humans at the table, seeking unity despite our differences.

We are a broken church and nation in part because we have abandoned the priority of unity. Instead, being right is a priority. When we stand before God in Heaven, we will find out where we were right and where we were wrong. Meanwhile, we will disagree.

If we choose to keep our eyes on Him, He will show us the way to true unity in the body.

“He makes the whole body fit together perfectly.” Eph. 4:16a 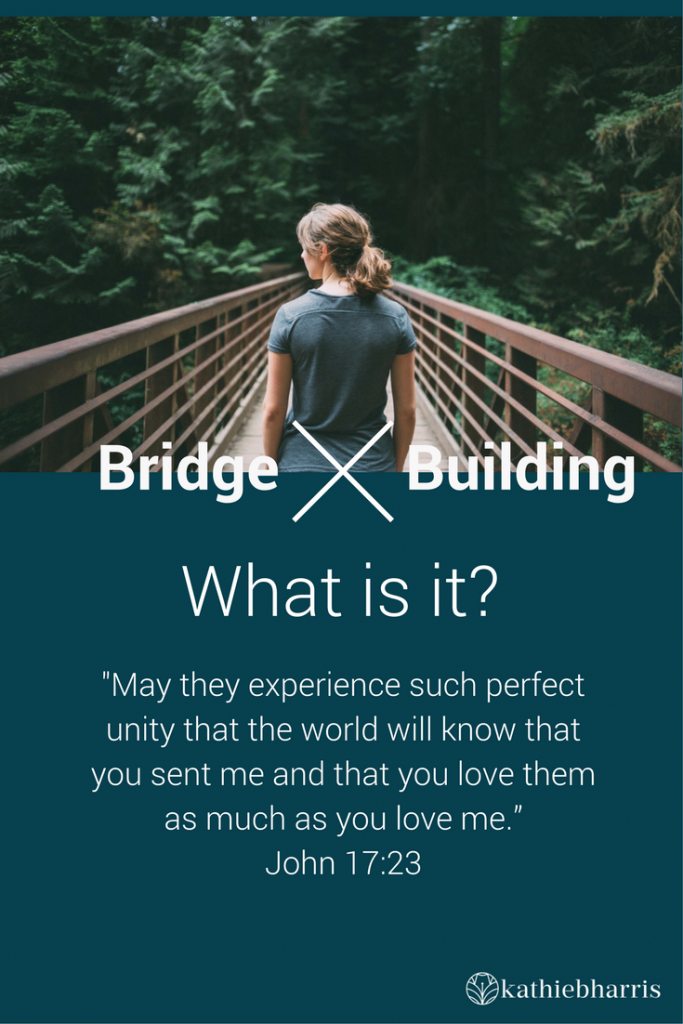