Our first adoption attempt failed miserably, and I want to share it publicly for the first time. The worst part wasn’t that we didn’t get a baby. It was the pain we may have left in our wake.

When my firstborn was a year old, we decided it was time to pursue adoption to complete our family. We knew it could take time, and I was anything but patient.

I was craving another baby as much as I had the first one. Friends who journeyed through their first pregnancies with me were already pregnant again. Even adopting friends had been able to adopt. And the more independent our son became, the more I craved a little baby. Going back to my career wasn’t an option, so I needed that next baby to soothe my aching heart.

For several reasons, we decided on domestic infant adoption. We began by researching adoption agencies and chose a non-profit Christian agency called Bethany Christian Services. It was recommended that we let family and friends know we were seeking pregnant women who were considering adoption, so we sent out a mass e-mail and then applied to the adoption agency.

What we didn’t expect was an almost immediate response from a family member of my husband. There was a baby girl in foster care, an a baby boy on the way. Mom was in rehab, Dad was in prison, and it didn’t look good. The mother had finally decided that adopting them out was the best option, so she had given permission to her parents to reach out to us.

I was excited that we had “found a baby” so quickly, but also shocked that it was nothing like I had imagined.

The baby wasn’t a newborn, but instead was only six months younger than my son. The idea of handling two babies so close in age was a conundrum (little did I know I’d be doing just that three years later). The birthparents weren’t the troubled teens I pictured, but instead adults making some really bad choices, even at the expense of their child. I struggled to empathize with them, and even more to respect them. And where as I couldn’t imagine splitting up the siblings (once the baby boy was born), my husband was adamant that we weren’t adopting two children.

It turned out not all the family was on board with our adoption plans. There were friends of the family currently caring for the baby girl who planned to adopt her. We didn’t know this until we had already hired an adoption lawyer and spoken with the Department of Social Services (DSS). The social worker with DSS preferred us because we were family, and we were also in talks with both parents to relinquish their parental rights to move things along quicker. Because I was in a hurry.

Because of spending gobs of money on infertility treatments, we didn’t think twice to throw money at this adoption. Money was something we had that the other family probably didn’t. They were going through the slower but less expensive process of working with DSS to adopt her.

We had power, money and determination. What I didn’t have was a focus on God’s will for everyone in this situation. My focus was mostly on me. 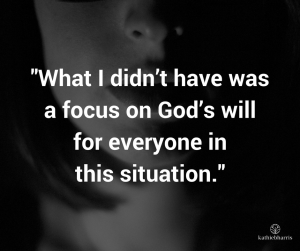 I was constantly seeking God in prayer. I knew He knew what I wanted in an adoption, and this wasn’t it. But God doesn’t necessarily give us what we want, so I was keeping an open heart to this experience. Every time a door opened for us, I thought it was God calling us further down the path. When it got hard or uncomfortable emotionally, I told myself God never promised me it would be easy.

Find out where we went wrong in Part Two of my story. 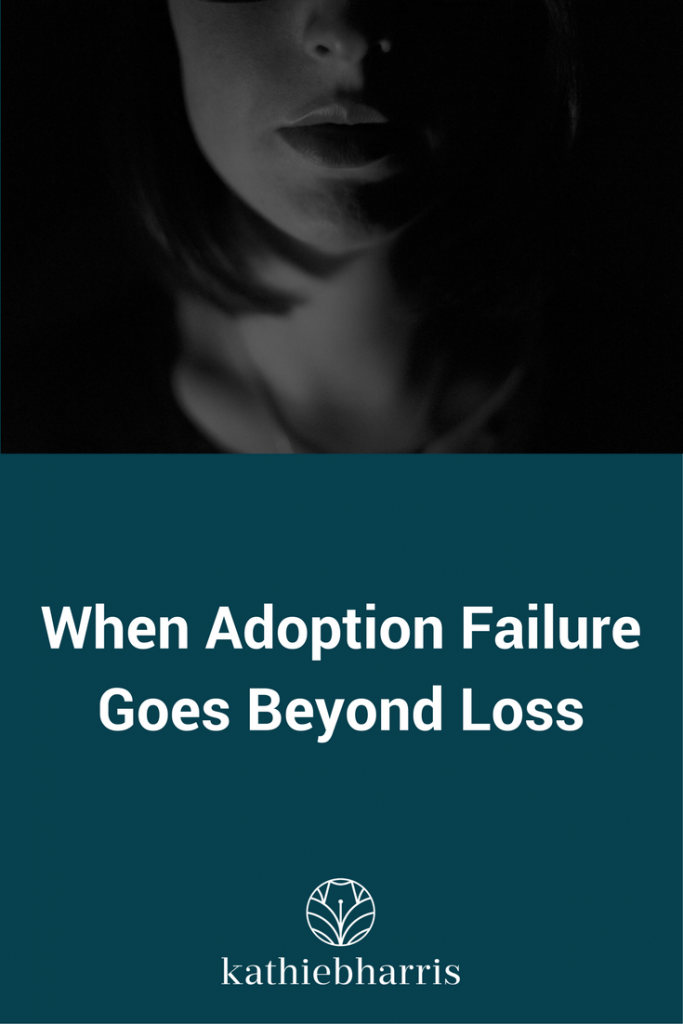 Receive your free copy of "Questions To Answer If You’re Considering Adoption" when you subscribe to receive post updates.